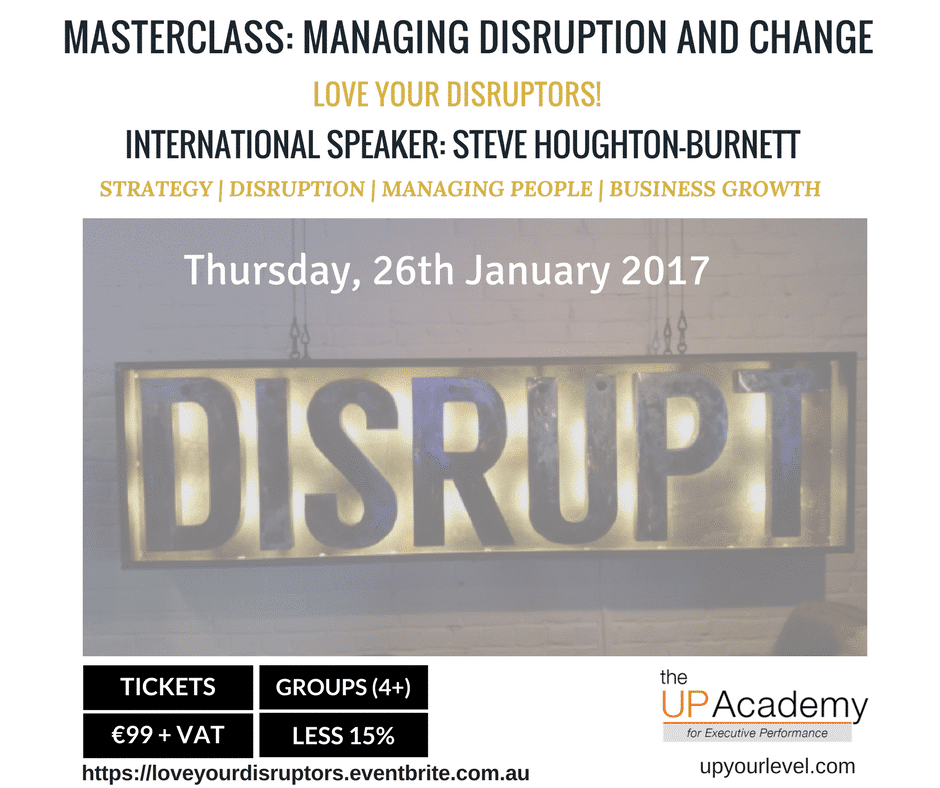 The way industries operate, consumers react and companies succeed is constantly changing. The marketplace is disrupted and the business model needs to keep changing and innovating to keep up. One way of doing that is by initiating disruption.

Apple is one of the companies which really took off once it began disrupting the marketplace. For 20 years, Apple hadn’t seen any major growth. It survived as Microsoft’s main competitor and that was it.
Once the company decided to rock the boat, its stocks soared and it continued to experience exponential growth.
Apple disrupted several industries :iTunes changed the way we managed our music and the iPod made it portable, the iPhone took the use of mobile phones into another dimension, the iPad created the portable computer and the Apple Store concept transformed the retail experience.
Instead of allowing themselves to be disrupted, they became disruptive.

Steve Houghton Burnett is a world class professional speaker who helps small businesses as well as large companies thrive on change and disruption.

The UP Academy is pleased to welcome Steve for the first of the International Speaker Series for 2017 on the 26th January. His masterclass “Love your Disruptors” will challenge you to think differently and learn how to disrupt, rather than be disrupted.

If you want to:
– UNDERSTAND the most EFFECTIVE way to DISRUPT your industry and market

– UNLOCK the potential of your disruption options

– CREATE your organisation’s own formula for positive disruption.

Join us for the masterclass on the 26th January !