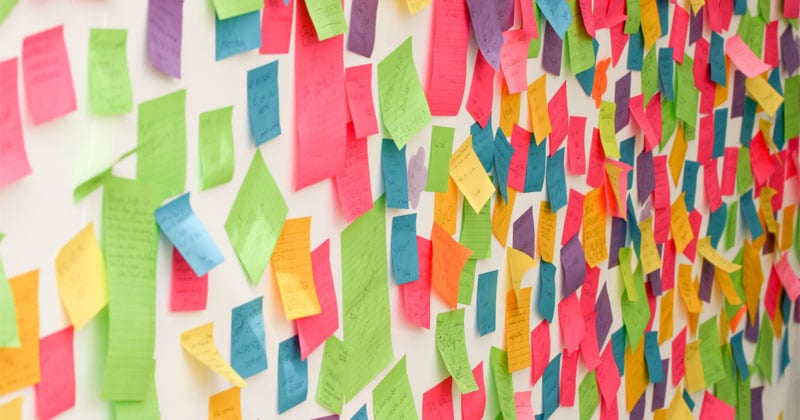 Ideas Generation – getting out of the rut

Home » Ideas Generation – getting out of the rut

Many companies organise away-days to create space to think, explore ideas and ‘brainstorm’. I for one, don’t really like the work ‘Brainstorm’. It doesn’t inspire confidence in a useful outcome; it implies incoherent thought. It doesn’t mean that such activities are not useful, however they can be a waste of time or indeed a detriment to motivation, if not planned or led well.

The importance of the ‘away day’ as a think-tank solution where a select number of people work together to come up with a desired outcome, all depends on the purpose they are there for in the first place. From ‘team builds’ and communication activities to get-to-know-each-other-better, to strategic deliberation or creative problem solving, all require a specific approach.
I’ve conducted plenty of strategy exploration sessions, some lasting half a day to others lasting whole weekends. Indeed, my MBA thesis was based on the practical application of strategy-making using a Decision Making software tool over 3 day-long sessions with a board of directors. Whatever the purpose, the goal for the facilitator (me) is to help people along the journey to achieve a benefit of some sort. Therefor after defining the purpose, we then need to define the measurement of success. “What are we hoping to achieve, and how do we know we are successful?”

More often than not, I’ve found that people’s expectations of strategic exploration are lower than the outcome, because it is not an every day experience that they can estimate a result for, or they are particularly cynical of. Often in fact, the outcomes are so powerful that people wonder why they don’t conduct these sessions more often. The key is in a number of variables that need to be addressed. Setting the scene, as it where. Some examples I use on my sessions are these:

Early morning breakfast with NO SUGARS, in order to prevent insulin spikes and mid-morning slumps. An ice breaker or even a mindfulness meditation session will help the group start to gel. If unfamiliar, more time needs to be spend building confidence in the group so everyone feels they can speak out.

Group up (or not). I prefer groups of 6 to 10 so if the numbers make sense I’d divide the topic into different sections. For example if we are trying to boost sales, we could divide the teams by product, or market, or distribution channel. Whatever makes sense. If it is about general improvements, you could divide the groups to look at HR, operations, resources, marketing etc. It is important however to get people from across the company to participate in the different areas. Otherwise you will end up with ‘Group Think’, which kills creativity. For example if the HR department are in charge of HR part of the day, they will probably be ‘blocked’ by the way the conduct their current operation and not come up with anything really creative. Frankly, I’d rather have employees from different departments contribute to an HR strategy.

Ideas Generation (brain dump) with the group writing ideas that simply pop into mind, on “Post it” notes that are collected on a wall. ANY IDEA GOES. I’d expect a minimum of 100 ideas in 1 hour with a group of 5 or 6 people. Anything less mean they are still stuck mentally. So 10 groups of 6 can come up with 1000 ideas in an hour.

Clustering. The idea is to group these 100 ideas into more specific areas. If we were discussing HR then we may want to split these into clusters of post its reflecting motivation, remuneration, training and turnover, for example. By this time, the brain is pretty tired and we would usually stop for lunch. Simply getting up and moving around is important to maintain circulation, critical for creative thinking.

The afternoon is used to turn the clusters into coherent strategic statements. Be careful not to go into the detail; whilst it is possible to give some examples from the Post Its, the statements need to read like ‘recommendations’ for strategic change. For example “We must ensure that we reward good ideas and also feed back to staff who’s ideas were used, in order to keep them motivated to continue to level up to our creativity” would be a good HR strategy that is specific enough to be doable, without too much detail that would be difficult to manage in a one-day seminar. (These statements can be then built on specifically at a dedicated workshop in the future.)

The statements (usually around 5 – 8 for each group, from the 100 ideas) are presented to the rest for query, positive criticism, addition and insight. It’s also an excellent forum to share and build confidence and communication. The statements, polished with rhetoric, can then be circulated to the whole group or officially presented to the senior team for their hopeful implementation.

It is critical that any of the outcomes of the day that are useful or implemented are fed back to the group, in order to ensure the positive perception of the participants. If not, they will feel it was a waste of their time. The positive impact of this exercise is that one small idea on one tiny Post It from an employee may have ended up in a strategy that changes the face of the business. The sense of pride knowing that your contribution made a difference will not only motivate the team, but give them a sense of ownership of those strategies once they are rolled out. This ‘buy in’ is one of the most powerful motivators for change at grassroots level in businesses than any top-down idea I’ve seen sent down from the ivory towers. Indeed, I’ve seen some of the ideas in past sessions completely change the way the company runs and thinks from the bottom up. It’s powerful stuff!

For more information and quotes on our workshops, please get in touch.