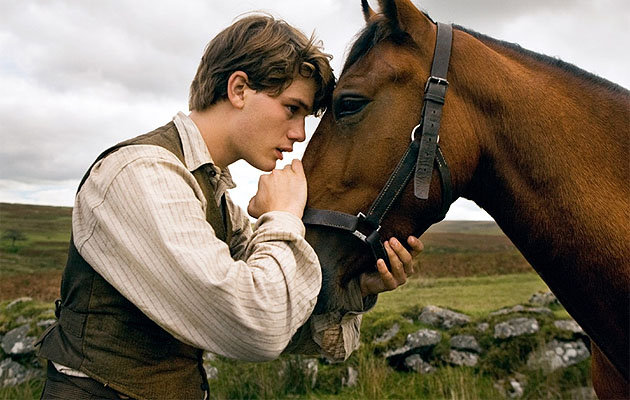 The Man and his Horse

By Up Your LevelJanuary 2, 2015No Comments

Home » The Man and his Horse

There was once a passionate young man that loved horses. As he grew older he decided that he wanted to turn his passion into a business, so no day would ever feel like work. His passion shone through everything he did, he was much admired and his business grew. He bred, trained and raced horses that won many races and were sought after across the world. He was recognised as the best trainer that invested heavily in training, therapy and nutrition for his horses to turn them into the best performers.

As his business grew, he needed more space and more resources to manage the estate and meet its customers needs. He reared some of the strongest Clydesdales to help manage the heavy work, and in doing so created another breed to sell alongside his thoroughbred racing horse business, thus diversifying his income.

The man was a passionate rider too, and raced his top horses himself, earning more income from winnings. As his business grew and his stables too, he recruited jockeys to race his horses instead of him, delegating part of what drove him and his passion. He also delegated caring for the horses to the men he recruited. As his estate grew, he brought in managers to manage the men and people to manage his race team. His business seemed to run like clockwork. Everybody looked busy.

One day, he found himself walking around his estate, bumping into people he’d never met, recruited by management, they explained. His horses shied away from his hand when he approached them, no longer recognising him. He was mulling over this new development when he noticed one of the horses seemed in pain, but there was no one around to ask about, as it was after 5pm and the men had gone home. He entered the stable and tried to soothe the ill horse as best he could while he called his old friend, a vet from out of town, to come over immediately.

The horse was fine but the man became worried about this situation. On closer inspection he also realised that his sales were down on the race horses winnings, as well as sales of his thoroughbreds, his main business. What was going on?

On querying management, he learnt that as the estate grew, more help was needed to keep up, so they used some of the racehorses to pull stuff around so as to save costs. A Clydesdale would make more money if they sold it instead of using it for the odd job; besides the racehorses only raced on weekends. They wanted to maximise resources, they explained, showing him their spreadsheets. “But thats crazy!” The Man explained. “We have trained these horses to race, and spent a fortune on training them. You can’t just use them to pull stuff around. And nor should you sell off your best Clydesdales if you need them to work to keep the estate in ship shape!”

He also learnt that the race team management were recruiting lower level jockeys to race their horses, explaining that since the horses were genetically superior and their training programme was excellent, the results relied little on the jockey. It was all about which horse ran the fastest, right? The inexperienced jockeys came and went when better pay was offered elsewhere, so their time with the horses was very limited. They didn’t understand the horses and often failed to steer them to victory; either holding the horse back to much, or letting it go too hard and burning out before the finish, or sometimes even steering them wrongly around the race track.

Horrified that his lifelong dream was turning into a nightmare, he realised that what he had created was no longer infused with his passion, drive, care for the horses and love of the estate. He realised that he had created a monster. A monster he no longer recognised. He had a choice; sell and start again, or find a way to infuse his passion to the whole estate. Which one he chose, however is another story.

To all you leaders out there, reread this story and replace the Man with the business owner or CEO, the managers as your senior people, your jockeys as your middle management, and your horses as your people. And make sure this never becomes your story.

For leadership support and executive coaching, please contact Nathan at UP on [email protected]