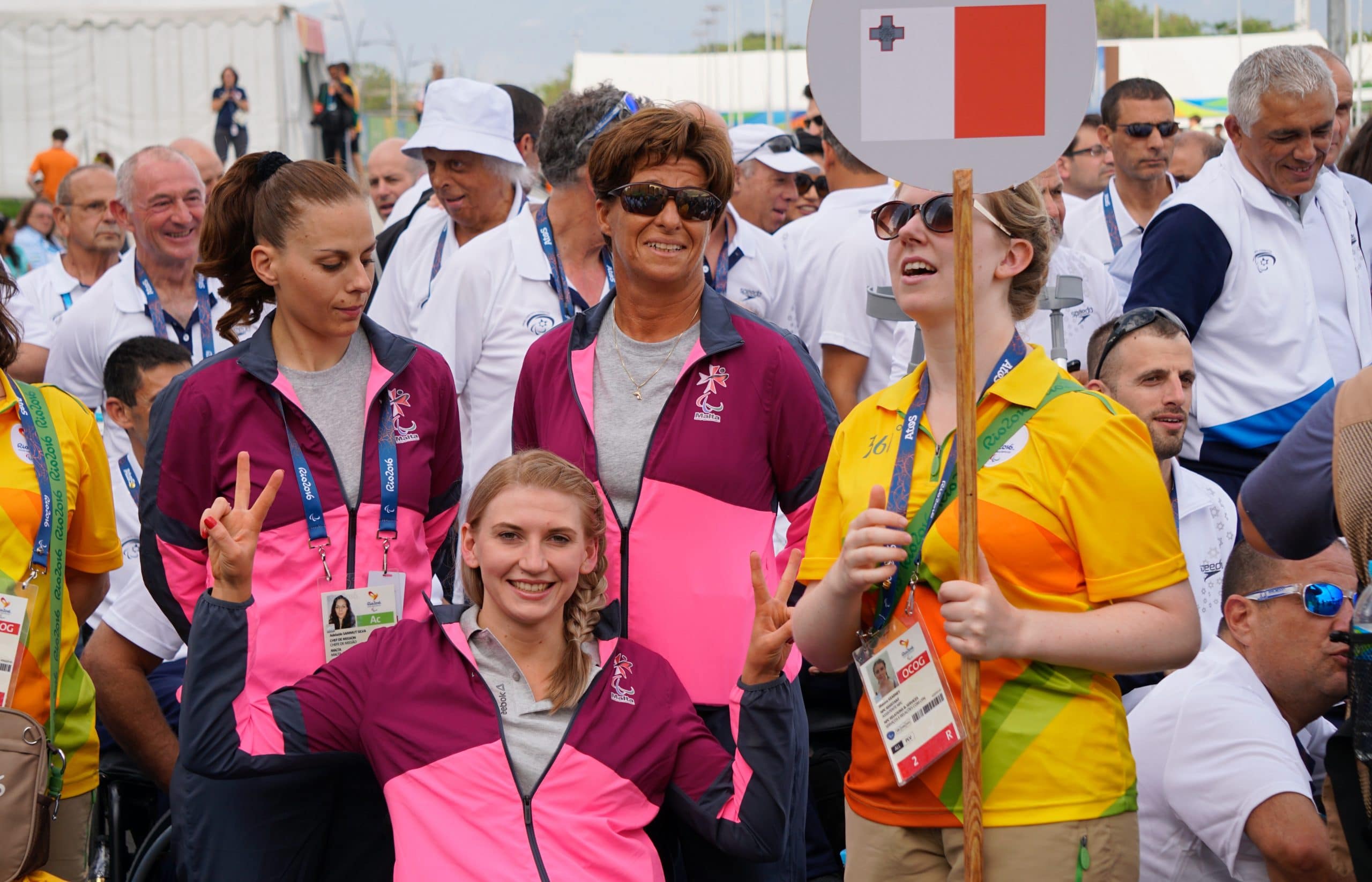 By Up Your LevelSeptember 30, 2016No Comments

Once every four years we are blessed with a spectacle of human endeavour and performance as millions of us tune in to watch the Olympic and Paralympic Games on TV. Rio de Janeiro in Brazil, hosted the 2016 edition successfully, despite a plethora of problems including the Zika virus scare, funding issues and construction delays leading up to the competitions. Indeed, until a few weeks before, the Paralympic games might have been cancelled due to lack of funds.

Following the London 2012 Paralympics, where Malta participated with one swimmer, it was hoped that we would grow our contingent to a larger group of athletes taking part in a wider range of sport events. In order to participate, the International Paralympic Committee allows at least one athlete to take part without qualifying for the minimum standards in swimming and athletics, to ensure that every country is represented at the games. We selected two athletes to participate in athletics (Antonio Flores – Sprinter) and swimming (Vlada Kravchenko – short distance) because of the effort they demonstrated and consistency in training. Neither of them reached the qualifying standards, but were competitive enough to participate, with an aim to set national records and personal best times.

Unfortunately Antonio suffered severe injuries to his foot and could not take part, so Vlada was our only athlete at the games. Vlada trains daily under a scheme funded by Sport Malta that allows her to work part time. Her company PriceWaterhouse (PWC) support her with reduced workload so she can train the hours required to participate at elite level. Her coaching is provided by the Amateur Swimming Association under Isabelle Zarb, an experienced swimming coach who has followed further training by the IPC to adapt to Paralympic swimming, which requires a very different approach.

The legacy of the London games led to a substantial increase in awareness of the abilities of disabled persons, leading to changes in attitude towards people with different abilities across the whole of society, particularly in the UK. The awareness created is the true long-lasting impact of the games, after the medals are won and people go back to their regular lives. It is hoped that the legacy of Rio will have a positive effect on inclusion of disabled persons in Brazil, an aim repeated by the Mayor of Rio and the IPC chairman Sir Philip Craven at the official ceremonies. The aim and purpose of the games is far more than competitive sports and winning medals.

Having had the honour to be there as part of Malta’s Paralympic team, I realise how much Malta can benefit from strengthening its Paralympic programme. Countries use the athletes as ambassadors for hope, inclusion and inspiration to encourage young children with physical disabilities to take up sports, not just for exercise, but as mental and physical therapy. This leads to a more inclusive society and encourages individuals to boost their self confidence, independence and active participation in society. Our own Vlada took up swimming after watching the London games, and this has changed her life for the better.

But Vlada seems to be the exception, not the rule. Her family support, alongside that of her coaches past and present, as well as the government and business sponsors all lined up into an opportunity for her to reach what most budding athletes of any ability dream about – the Olympics & Paralympics.

In mainstream sports, only a tiny fraction of athletes get to go to these elite competitions, but the impact they have on grassroots sports is tremendous. Like an iceberg, the huge weight of the sports community and the impact it has on the country’s health, society, and educational formation of our youngsters lies hidden off camera. In Malta, sadly, we have little to build on in this respect. There are no ongoing competitions for adapted sports, with very few people in consistent training, under coaches who are specialised. Outside of the successful Special Olympics programme in Malta, which supports people with intellectual disabilities and similar difficulties, the Paralympic sports are hardly practiced by children. Swimming seems to continue to be the main source of potential Paralympians, no doubt because the ASA and clubs like Inspire and SwimAid are inspired by the potential of their disabled swimmers and are investing in their development. It is no surprise that swimming has been the only provider of Paralympians in the past to editions of the Games.

Many feel that the role of the Malta Paralympic Movement is to organise such sports activities and events, however it is clear that without the right resources, we remain an amateur and voluntary organisation. The role of the MPC is to work through the respective sports associations follow the approach of the ASA and dedicate resources for training, coaching, local and overseas competitions. We can surely develop the few enthusiastic youngsters we know practice wheelchair basketball, rugby, athletics, archery and table tennis, but we need to find a way to take this to the next level and create dedicated resources like we have for mainstream sports. It’s the sports clubs and associations that need to make the decision to apportion their resources fairly.

Funding always seems to be an issue, however if we consider the percentage of persons with a disability in our population, it should be easy to mitigate a relative investment in adapted sports. Sponsorships and self-funding will always remain part of sports, alongside the voluntary aspects of sport-for-all. Voluntary is fine, but an amateurish approach at elite level is not good enough. We need to create an executive team that can support the athletes with their goals, as well as the sports clubs, associations and federations with the experience they need to encourage adapted versions of their sports.

In this way, we also create a space alongside mainstream sports that can help children integrate and learn from one another through sports. Watching people with no arms or legs swim the length of the pool faster than I can was very humbling, and a reminder that next time I moan about getting up early to train I need to get over myself. The same applies for all mainstream athletes.

On the other hand, disabled people who do sports develop self confidence that is extremely useful in boosting independence, employment and social relationships. Sports is a great metaphor for life, where practicing resilience, dedication and hard work lead to the achievement of a desired outcome. Perhaps we need to take a fresh look at how we fund sports and consider the wider benefits, thus justifying a far greater investment than that currently provided.

People need to be inspired by people they can look up to. Sports personalities are an excellent example when they are clean and honest. The Paralympic philosophy takes this very seriously, banning the whole Russian contingent for doping, while the Olympic Committee hovered undecidedly for weeks before allowing some athlete to take part. The Paralympic ethos is far less about elite competition than it is about the usefulness of sport for social purpose. ‘The Paralympic Way’ is one that we should uses as a guideline to how we look at society, both in leisure and economy. With more people participating in society, at work, or living independently, we strengthen our society as a whole.

If we want a level playing field, then we need to put the resources at a level with mainstream. Only then can we empower people to get involved and feel that their time and effort is bearing fruit, not just for the few that will go to Tokyo, but for the improvement of social cohesion as a whole. The Maltese flag at the opening ceremony of the Paralympic Games in Tokyo should be carried by all of us.