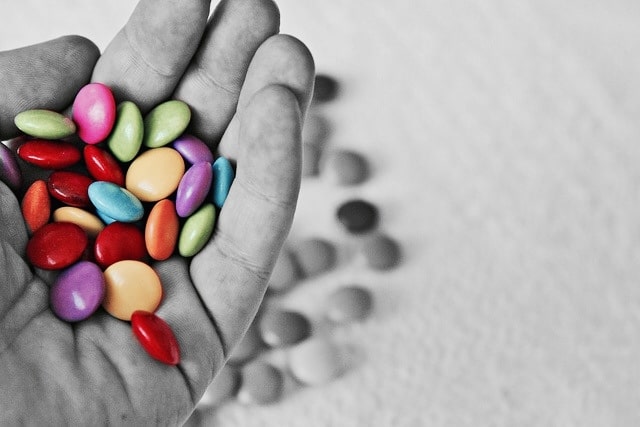 By Up Your LevelNovember 20, 2014No Comments

So we’ve gone round in circles with dietary fats, starting with demonising animal fats and suggesting that margarine is the healthiest option, to now demonising margarine and other unsaturated fats as the major cause of heart disease from a nutritional standpoint, bringing back the saturated fats in moderate doses.  So I guess we now have to attack some other cause for the extreme obesity challenging our population. We are eating similar calories to our ancestors, and over the last 5 years more and more people are doing exercise – but we’re still getting fatter; so what’s not working?

Science seem to be pointing away from saturated fats as the leading nutrition problem and pointing to carbohydrates.

What?! But carbohydrates (carbs) are our main energy source, you say. All marathon runners use them to fuel their bodies and we are told at least 70% of our diet energy should come from carbs. Indeed, I used them on my Ironman races when I need a consistent fuel supply to last me 10hrs of racing. How can the fuel for our bodies be the cause of our unhealthy nation?

So what’s going on? It turns out that the main issue with carbs is specific to the ones that are sugars, and its not necessarily their energy content (calories) that is the problem – its the reactions they cause in our bodies.

Sugars in the blood are extremely important as they provide an energy source for our brains and muscles. There are three broad types of sugars we consume, Sucrose, Glucose and Fructose. Let’s have a look at them individually.

Sucrose is commonly known as table sugar, and is obtained from sugar cane or sugar beets. Fruits and vegetables also naturally contain sucrose. When sucrose is consumed, the enzyme beta-fructosidase separates sucrose into its individual sugar units of glucose and fructose. Both sugars are then taken up by their specific transport mechanisms. The body responds to the glucose content of the meal in its usual manner, as fuel for energy; however, fructose uptake occurs at the same time. The body will use glucose as its main energy source, whilst the excess energy from fructose, if not needed, will be poured into fat synthesis, which is stimulated by the insulin released in response to glucose. (1)

Glucose is the most important monosaccharide, the body’s preferred energy source. Glucose is also called blood sugar, as it circulates in the blood, and relies on the enzymes glucokinase or hexokinase to initiate metabolism. Your body processes most carbohydrates you eat into glucose, either to be used immediately for energy or to be stored in muscle cells or the liver as glycogen for later use. Insulin is secreted primarily in response to elevated blood concentrations of glucose, and insulin facilitates the entry of glucose into cells. Glucose, therefor, is regulated by insulin, which also influences our hunger and metabolism.(1)

Fructose is a sugar found naturally in many fruits and vegetables, and added to various beverages such as soda and fruit-flavored drinks through Corn Syrup. However, it is very different from other sugars because it has a different metabolic pathway and is not the preferred energy source for muscles or the brain. Fructose is only metabolized in the liver and relies on fructokinase to initiate metabolism. It is also more lipogenic, or fat-producing, than glucose. Unlike glucose, it does not cause insulin to be released and help regulate our systems. Nor does it stimulate production of leptin, a key hormone for regulating energy intake and expenditure. (1)

These factors raise concerns about chronically high intakes of dietary fructose, because it appears to behave more like fat in the body than like other carbohydrates! The problem is that fructose is found in excessive amounts in foods that we think are healthy. Here are some comparisons (2) (Based on a serving of 200ml): 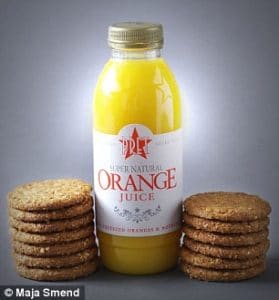 It is clear therefore that whilst carbohydrates are necessary for human life and the more energy we need, the more carbs we need to consume, there is more to it than that. Firstly our bodies can adapt to the food intake we are used to, over time. Eskimos hardly eat any carbs in their diet, with no ill effect. Extremely low carb / high fat diets have shown to be excellent weight loss methods through ketogenic dieting, although they have prolonged ill effects. High protein, high fibre diets with lesser carbs such as the Palio approach has many followers, and few opponents. I prefer to load up on proteins and fats before an extreme endurance run, decreasing my carbohydrate dietary intake for up to 3 months before a challenge to train my body to use fats for energy. It really works for me. On the other hand, the fastest genetic pool that make up most of the top three marathon runners in the world – the Ethiopians – eat up to 90% carbohydrates in their diet of grains, their staple.

Therefore there is not one solution to this riddle. Even the ‘low GI’ proponents have been proven wrong in their thinking, because they limited their calculations on sugar type rather than insulin effect and the effect of gluten, an inflammatory. Having said that, low glycemic foods don’t spike your insulin quickly and therefore don’t cause cravings and food binges. Altogether a much better choice of carb fuel.

So high GI foods trigger Insulin release. Then what? Many gluten-containing foods have a high glycemic load and raise your blood sugar. Your pancreas responds with insulin, which pulls that blood sugar down, making you feel sluggish and tired. If lowered too far down, this leads to cravings. When you constantly eat gluten foods, your cells become overloaded with insulin and eventually stop “hearing” its message to store glucose. Insulin resistance is often the result, which slams the doors to your fat cells shut and makes fat loss nearly impossible. The sugar-binding proteins called lectins in gluten can also bind to insulin receptors and trigger insulin resistance. Many gluten-containing breads and other foods also contain high-fructose corn syrup (HFCS), linked to increased insulin resistance (3).

Back to fructose. Fructose raises triglycerides that store as fat, stresses your liver, and triggers inflammation. It raises your cholesterol, increases glycosylated hemoglobin, spikes your blood pressure, and sets you up for insulin resistance and eventually type 2 diabetes. Doctors are seeing more non-alcoholic fatty liver disease than ever before, and a huge culprit is the increased amount of high-fructose drinks and syrups and even “healthy” sweeteners like agave. Corn syrup is probably the biggest troublemaker. (4)

So are we saying fruit is bad for you? Well, no, because the fibres found in real fruit help with the way that fructose is digested, and its direct effect on insulin release. It’s some of the bottled juices that cause this reaction in our system which diverts fructose towards fatty storage, and we are being duped by some people selling them by diverting our attention away from this massive problem. They sell us these products as ‘Fat Free’ or ‘No Added Sugar’ or ‘100% natural fruit’ to make us think they are healthy. These aren’t lies of course, just sugar-coated truths.

(1) What Is the Difference Between Sucrose, Glucose & Fructose?
by Kimberly Ancira, Demand Media

NB. I am not a qualified nutritionist, these opinions are based on my personal experiences of, for example, experimenting while running 28hrs non-stop and the effects of fuelling my own body. The references may either add or detract from my personal views.