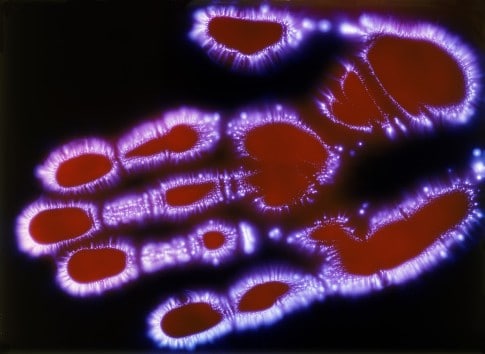 I’ve spent the last 20hrs of my running time listening to the leading experts (from Christian priests to Rabbis to Zen Masters) interviewed about their understanding of awakening. ‘Awakening’ is broadly defined by all of them as anything from simply a ‘change in mindset & outlook on life’ to ‘complete transformation into an enlightened being’, and everything in between; however I’ve been struggling to decide where my thoughts lie on the subject.

It must be said that I have always been a scientific mind, with a firm belief that logic always has the answer. Unproven speculation has always been ‘mumbo jumbo’ to me. This search for a logical answer to awkward questions has led me through a library of books on a wide range of subjects. I’ve read a great deal on spirituality and mindfulness over the past 10 years and have intellectualised my understanding of awakening, the possibility of afterlife and what it means to transcend into a higher state of consciousness. Unfortunately, this intellectualisation is roughly equivalent to me sitting for my Religion A Level to understand the point of religion at a particular time of my questioning life; that is, none the wiser and I still don’t subscribe to any of them!

The problem with spirituality is that it is so internalised and intrinsic that for every living person there is a different meaning and rationale. Intellectualising it opens your eyes to possibilities, but that makes it even more difficult to understand, let alone choose which idea you subscribe to. In any case, can you ‘choose’ awakening and enlightenment, or does it just happen? If, as I suspect it does ‘happen’, is it a result of many years of living in a Tibetan monastery or miraculously recovering from a life-threatening disease or being revived from a near-fatal accident, or can us mere mortals seek and attain it. If the latter was even possible, would it be countless hours of mindfulness meditation or simply living a self-aware existence and being open to the idea that we are not simply a ‘physical self’?

And if one did reach some level of awakening, how would that affect our ‘performance’? (With the latter meaning our ability to think clearly, become compassionate, seek non-material actualisation, wise up, teach selflessly and help others on their own journey). I’m getting rather confused, so I decided to log a few instances that perhaps may describe ‘glimpses’ of awakening. These are defined by most as occurrences that give us a sense of wonder, and a realisation that we are more than our egos and that there is somehow more to life than our physical and chemical make-up; that we are somehow more than organised cells.

I refer to these instances as glimpses because inevitably a short while later, dealing with life’s trials and tribulations, I revert back to the egotistical, emotional, self-critical, and materialistic self, full of mental chatter!

The Wonder of our Universe

I had suffered severe gastric problems and dehydration from throwing up, during the long 15hr run half way across the Marathon des Sables in 2010. I somehow managed to get to base camp and crawl into my sleeping bag after a day of suffering in the 50C heat, the latter part in a daze with such glycemic depletion that I developed night blindness. I was not much more than a zombie as I staggered into my tent, with barely enough energy to take my shoes off and receive my painful feet of the soreness.

My heart wouldn’t slow down, and continued to beat at my running pace. Fearing something was seriously wrong and that I was going to have a heart attack (I had read that the previous year a runner had died of heart failure in his sleep) I tried some breathing techniques that I had learnt, to try and slow it down. The deep diaphragmatic breathing that stimulates the vagus nerve and reconnects/resets our system is a technique I used to use as a child with severe asthma, and it worked here too. I can’t recall at what time I fell asleep from pure exhaustion, but the next memory I have is sitting in my tent 24 hrs later!

That day, I know I ran for another whole day under the sun, but I recall nothing of it. I know I did well and I had a sense that all was back to normal, but I couldn’t remember. I just recall sitting outside the tent in pitch darkness, repeating the breathing exercise and looking up at the desert night sky; it was the most amazing sky I had ever seen. Billions of stars above, crystal clear with no light pollution or cloud, gave the feeling of floating in space. It was like I had left the ground and was swimming around in space. The realisation hit me that there were more giant masses of gas, each capable of solar systems and planets, than all the sand grains I had ran through for the past few days in the Sahara!

The sense of wonder to me, created a sense of awakening that it didn’t make absolutely any sense that all I was is just a tiny infinitesimal spec existing in a flicker of time in this infinity. I had to be part of something ‘bigger’; but what was that and indeed, what was “I”?

Of course, I had possessed the intellectual knowledge that there are more stars in the universe than grains of sand on earth; it was always a cool factoid, but the sense of true wonder only came over me in that instance. It has stayed with me since, so I’d like to believe it was a sense of ‘micro’ awakening. Or was either just a freaky experience caused by my troubled mind or the heat of the desert? I haven’t got my head around it intellectually so I continue to explore and experiment with mindfulness and have slowly become a practitioner (usually through my running) of open-minded thinking and awareness.

This was not an isolated instance – I’ve had more of these experiences, mostly when in nature or during quiet moments of thought, or when under extreme discomfort (during Ultramed I had 2 ‘instances’). Flow theory talks about chemical release that causes mind and body influence. I’m a keen proponent of Flow as a state of hyper performance and thoroughly subscribe to the chemical idea, but even that doesn’t explain everything clearly enough for my liking.

A question of energy

Perhaps asking more questions helps get closer to the possibilities of an answer to the meaning of life. Once on the path to awakening (in whatever guise that may be) one starts to question the existence of God. Not in the religious sense, but perhaps the existence of a creator, energy force or universal ‘gaia’ that connects us all, as if our physical bodies where just receptacles of this energy, with some sort of dualistic identity – I am ‘me’ but part of ‘it’. This conflict of dualistic identity between the self and the ‘omnipotent’ has fed religious leaders and their control over devotees since the beginning of time. The promise that your ‘self’ will not simply dissolve back to atoms after you die, and that you will live forever (either with your energy simply shifting to another physical body reincarnated, or rising to a heavenly place or transcending into pure energy where the ‘self’ becomes the ‘it’) has enabled some clever people to gain power over others with the often made-up belief that they held the key.

Even the most emancipated have spent their fortunes on seeking enlightenment, leaving all materialistic gains to live as a hermit or seek out the gurus and life by their side (often pumping in serious money into their coffers in exchange for the pleasure), so how do we make up our minds? Good question… (I did mention that we’d get more questions, not answers!)

In my very humble and probably naive level of understanding, I believe that science somehow is right in saying that our energy is everlasting, as the laws of thermodynamics state. I also think that this energy takes different forms, vibrating the atoms that make up the cells of living things and sustaining ‘physical’ life, as well as extending beyond our physical being into ‘space’ allowing us to somehow communicate outside of our physical self. How else can you explain ‘feelings’ between siblings or loved ones that can sense disruption and trouble even when there is no intellectual conscience of it? Or knowing when you meet someone for the first time that you will get along or completely not? Or second guessing a close friends’ thought before they say anything? Or physically feeling sick when in a negative environment or situation?

Of course we can rationalise all of this – existentialism, philosophy, scientific argument and the like. That’s what I’ve been doing for the last 40 years! But somehow these glimpses of awakening, flow states and mindfulness practice beg me to question this rationalisation. Maybe there is more to it than carbon atoms that simply return to ashes when our fire is extinguished. I think so, but I am far from understanding it all. What I can say is that the journey to search for answers is hopefully making me a better person.

What do you think?